OFEA offers many opportunities for our members to get involved and support our efforts to be the best resource for events and festivals in Oregon.  To learn more about how you can get involved and volunteer please visit our Committee page or contact Jill Ingalls, Executive Director, at Jill@OregonFestivals.org. 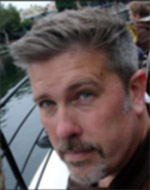 Steven Bledsoe has 25 years in the Special Event Industry. Steven is the Waterfront Event Manager for The Portland Rose Festival, the Official Festival for the City of Portland. Steven’s main area of focus is the production of CityFair, Portland’s longest running Waterfront Park event. Prior to Rose Festival, Steven was with the Oregon State Fair in Salem. Steven’s experiences also include ten years with FASTIXX/ TicketWest where he gained his large scale event experiences with Oregon Country Fair, Grateful Dead, Dave Matthews Band, Jimmy Buffett, and Pavoritti. 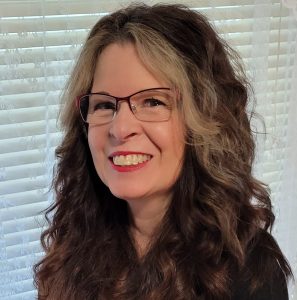 Kathy Crosby was long ago dubbed by Scott Ingalls as the "OFEA's Biggest Cheerleader" and is thrilled to bring those talents to the Board of Directors in official capacity.

An Oregon native, she has been hosting and organizing events since the 1970's when she was a Rainbow Girl in Clatskanie, Oregon. Since those days she has become, not only a global and internationally award-winning entertainer and songwriter but has over the years planned and hosted events as part of the Oregon Hospice Association, The Alzheimer's Association, the Oregon Bluegrass Association, and the International Music and Entertainment Association where she served as the Program Director. Kathy is also a member of Folk Alliance International, the Americana Music Association, and the Recording Academy – where her focus is advocacy issues for those in all aspects of the entertainment industry.

Kathy is also an emcee, writer, and public speaker on a variety of topics and a well-known mentor to entertainers in multiple countries.

Her goal with the OFEA is to assist in growing membership and helping both vendors and small festivals understand how this amazing organization can bring their product or event to the next level of success.

Kathy performs in the award-winning duo Phoenix with her husband Tim Crosby. In her spare time, she is the house Mistress of The Phoenix House in Salem, Oregon. 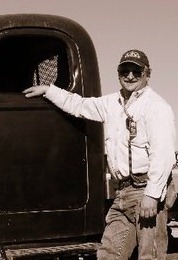 Rodney is a native Oregonian who grew up in the Santiam Canyon area. He has been farming for 35 years and currently works for IOKA arms as a mechanic. Rodney believes in community involvement and has participated as a volunteer in the Sublimity Harvest Festival for 12 years and has sat on the board of directors for 10 years. It’s through that involvement that Rodney became associated with Oregon Festivals and Events Association. In his spare time, Rodney enjoys participating in truck pulls and Civil War reenactments. 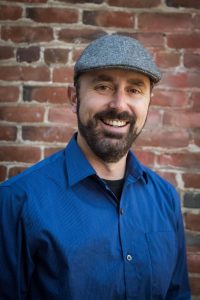 Courtney (aka DJ Flip Flops) started Flip Flop Sounds in 2009 with a couple speakers and a mixer. Today, his company has grown into the premiere sound and lighting company of Bend. 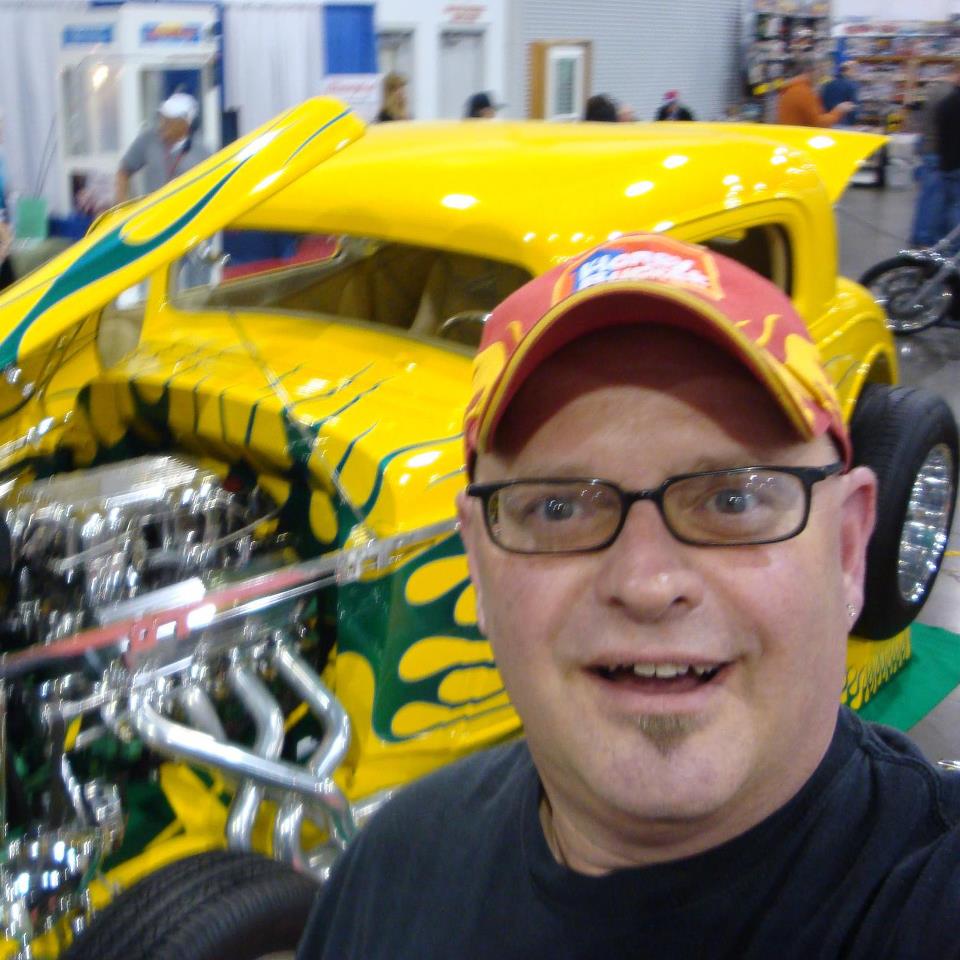 Terry Nelson has a background in management, focusing on sanitation and facilities, and has been involved in strategic planning and setting the course for businesses to move forward. He works with events large and small to assure their needs are met and shares his event expertise whenever possible. Terry currently serves on the board of the Oregon Festivals & Events Association, and has headed up the Membership Committee and the Supplier committee, which is responsible for OFEA Supplier Code of Ethics and generating Scholarships for various OFEA educational opportunities. 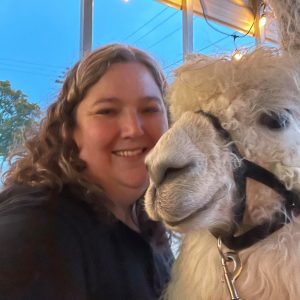 Cindy is a small business owner and designer from Lebanon, Oregon who has a passion for community and events. She is the current board chairperson for the Lebanon Strawberry Festival and has over 25 years experience in management and leadership. She is actively involved in the community serving on several non-profit boards over the past 20 years, and uses her leadership skills to help grow and develop events. She is the co-chair of Holidays in the Park and serves as a volunteer for the Chamber of Commerce. Cindy is also the owner and designer of Gateway Imprints, Inc. in Lebanon. 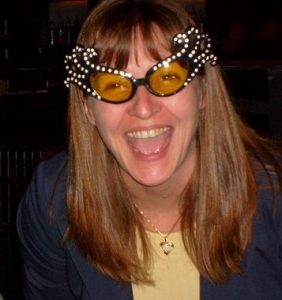 Jill has been involved in putting on events and horse shows since she was 8. She has worked in the hospitality and tourism industry in the Portland area and has been the Manager for the Albany Downtown Association. She was appointed by the Linn County Board of Commissioners to complete the construction and launch the new Linn County Fair & Expo Center. Serving as the marketing director, she re-established the Linn County Fair and attracted hundreds of new and self-produced events to the new facility. After 10 years of she returned to her passion of association management and embarked into self-employment with Ingalls & Associates in 2004. She is now the contracted executive for several associations. She and her husband Scott own Ingalls & Associates where together they produce their own festivals, contract for production of conventions, trade shows and annual events and for sponsorship and marketing development for others. 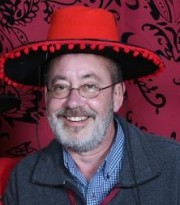 Scott has extensive experience in promotions, boasting ownership or management of over 200 different events. Scott provides training and workshops for the OFEA as a volunteer extraordinaire. Because he is the spouse of our Executive Director, he claims to just be the “show pony” and simply is part of the team. Scott provides training, workshops and ask the expert advice for members, plus shares his expertise and experiences.  He has become known as the “voice” at the annual conference – as the emcee of the annual Ovation! Awards.  Scott also volunteers as the committee chair of the Ovation! Awards, Showcase Committee and Trade Show for the conference. In his real life he owns and operates Ingalls & Associates, an agency that provides services ranging from consulting to full production of events and marketing campaigns. He is a civil war reenactor and enjoys getting together with friends and clients to plot and plan bigger and better events. 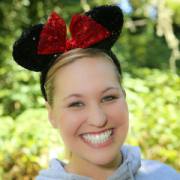 Macy is here to keep us organized. She organizes staff and resources for various events including setting up cash handling, ticket sales and merchandise. She will track your conference registrations, payments and invoicing too!  She prepares financial statements for the OFEA Board and serves as a main point of contact for the association.  Macy enjoys her 3 young children, camping, horses and working on her farm. 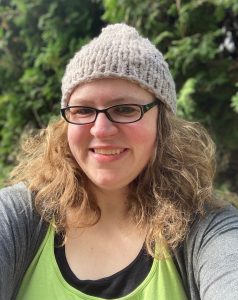 Ashley is here for you, our members. She is working behind the scenes to be sure your membership listing is looking top notch and you are taking full advantage of your membership benefits. She works to keep the membership program fresh and information coming your way. She will be monitoring the member Facebook group as well as working to promote and increase membership, event listings and visits to the website.  When not working with OFEA she also runs her own design company - Ashley Christie Designs.